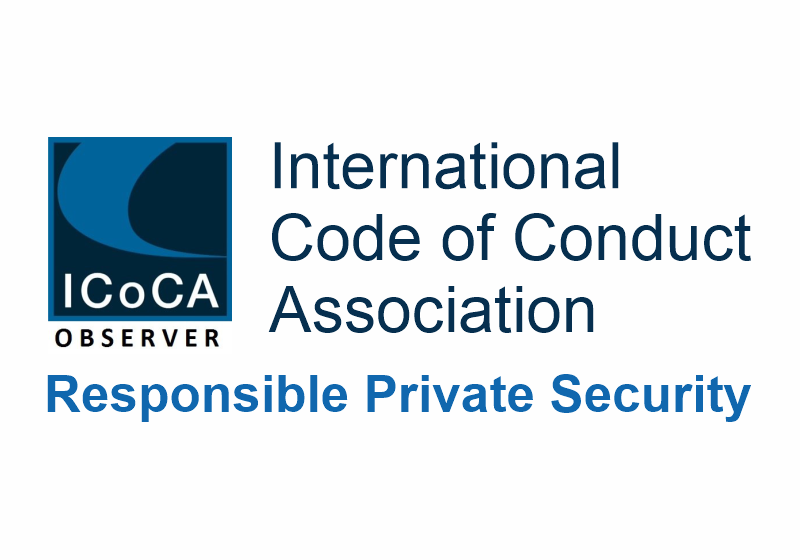 On October 15, 2020, the SEAL Survival and Special Training Tactics Centre became a member of the ICoCA (International Code of Conduct Association) and acquired the status of "ICoCA Observer".

As a mechanism for overseeing the International Code of Conduct, ICoCA

in fulfilling its mandate, is responsible for certifying member companies, continuously monitoring their effectiveness, including on-the-spot evaluations, and providing available effective complaints mechanisms. ICoCA, with the support of its members, aims to provide private security companies with continuously raising standards to reduce the risk of human rights and humanitarian law violations.

Military consulting is a new topic for Ukrainian use. To date, in particular, only 2 Ukrainian organizations have become Supervisors of the International Association of Codes of Conduct for Private Security Services (ICoCA). However, the prospects for Ukraine in this area are huge.

In Ukraine, the topic of private military and security companies is somewhat demonized, and this is quite understandable, because citizens hear the crimes of the Russian Wagner police station. However, in the world of PMTCT, it is primarily a market for security services, which is regulated by both international law and national legislation. By joining the International Association of Codes of Conduct (ICoCA), Ukraine, in contrast to its aggressive northern neighbor, will once again confirm its readiness to coexist in a civilized manner and to cooperate with other states.

ICoCA complements any national government action and offers an additional tool to monitor and enforce international standards in the course of private security companies.

The benefits of joining ICoCA include: