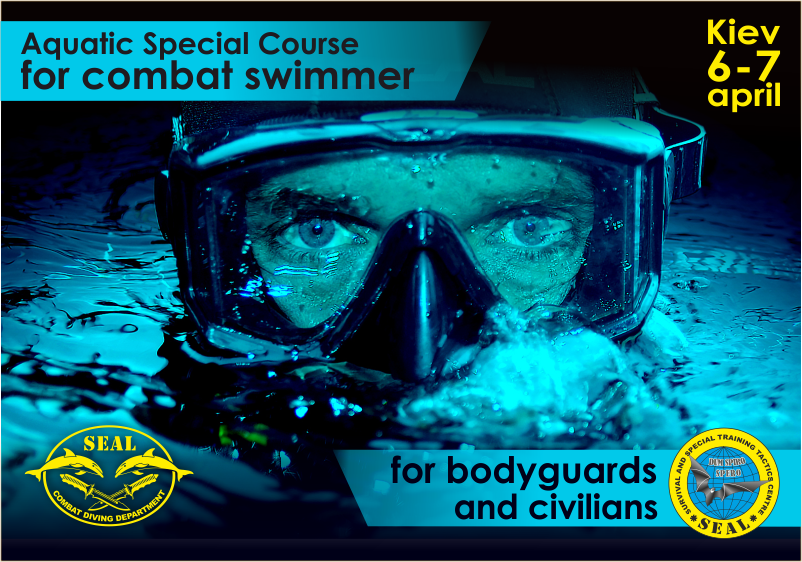 More than 21 participants, including professional instructors from various specializations from 8 regions of Ukraine and Lithuania, have passed the first level of the unique stress-training course «“FROGMAN. Special Aquatic Course for combat swimmer. For bodyguards and civilians», which took place on April 6-7, 2019 in Kyiv.

The cadets analyzed the clusters of the FROGMAN course program and learned the following:

The instructors of the SSTT Center “SEAL” not only told but also clearly demonstrated to the cadets effective methods of counteracting an attack on a guarded person in the water.

The goal of the course — to train cadets in a special swimming course for the most efficient performance of their duties in emergencies with a guard on the waters - has been achieved, the first stage of the course has been completed.

The course received a lot of positive feedback and caused unprecedented excitement among those who did not have time to get on it. This is proved by the numerous reviews and comments that you can find on the official page of the SSTT Center “SEAL” on Facebook — https://www.facebook.com/SEAL.UA/?tn-str=k*F