Survival course in the enemy territory 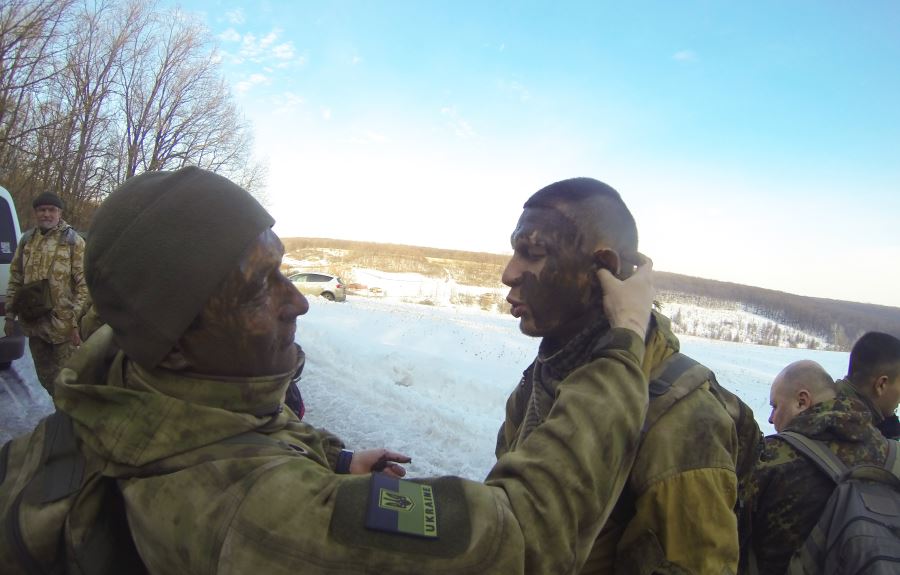 January 8, 2018. The first (basic) course of the circle of intensive training on survival in the “enemy territory” from the SSTT Center has been completed

This course was attended by 30 cadets, among whom were representatives of completely different age categories, professions, levels of physical fitness.

Thanks to the help of the experienced SSTT Center "SEAL" instructors - professionals in their field - all trainees underwent special training even in harsh weather conditions (during classes, the rain replaced the wet snow, the above-zero temperature was replaced by subfreezing temperature).

This course was prepared as part of familiarizing students with the techniques and tactics of survival in enemy territory, developing skills, and the ability to survive in extreme and unforeseen situations. Also, the main emphasis during training lay on the hidden movement of a person in the daytime and at night, on how to properly disguise himself, to build temporary shelters from improvised materials. Trainees learned to navigate in the area, studied a set of exercises that prevent frostbite or burns.

The specialists of the SSTT Center taught cadets to develop tactical thinking, make quick decisions and act in conditions of stress or panic.

The training program included the study of the following topics:

This course was conducted by the SSTT Center "SEAL", with the support of the Civil Protection Directorate of the Poltava Regional State Administration and the public organization Ukrainian Tactics. Target audience covered by the course: media representatives, volunteers, and military personnel, as well as those groups of people who may be at risk.