Active self-defense with a traumatic pistol 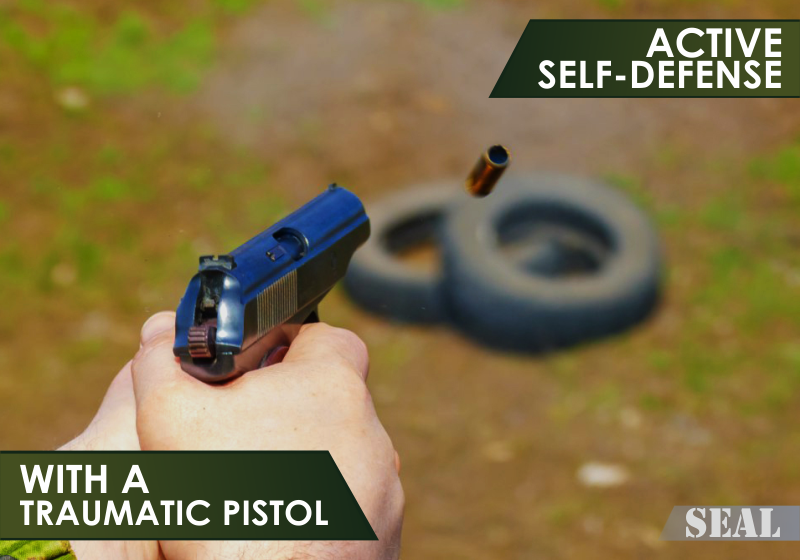 To prevent self-defense from turning into a lottery for you - the Survival And Special Training Tactics Center “SEAL” recommends taking a course on “active self-defense with a traumatic gun”.

WHAT WILL YOU LEARN?

Having completed the course, you will have learned exactly those skills of working with a traumatic gun, which will allow you to protect yourself and not to break the law.

In the process of training, instructors of the Survival And Special Training Tactics Center “SEAL” will give you the legal basis for the use of traumatic weapons. You will learn how to behave, what to do, and how to speak with the inquiry officer, investigator, and judge. Learn how to remove a weapon and bring it into combat, work out the technique and tactics of movement, space control, master the tactics and strategy of the possible use of a traumatic weapon.

The course of active self-defense with a traumatic gun was developed by specialists of the Survival And Special Training Tactics Center “SEAL” based on an analysis of the logic of the behavior of the owners of a traumatic gun in stressful situations. This is not just another gun course adapted to a traumatic weapon. In this course, you will learn all the legal features of using a traumatic gun.

WHAT ON THE COURSE WILL NOT EXACTLY BE?

ONLY WHAT HAPPENS IN LIFE!

The self-defense training course with a gun includes tactical scenarios of conflicts that most often occur in life.

For all owners of traumatic weapons that legally own them.

The training is conducted by experienced instructors who have many years of practical experience in the possession of both military weapons and fire-arms of limited defeat.

The course consists of a theoretical and practical part.

The conclusion of the theoretical part will be held in question-answer format, where you can ask questions to the coach.

The skills gained in the course of active self-defense with a traumatic gun will allow you to become a responsible and qualified possessor of a traumatic weapon.

WHAT DO I NEED TO TAKE WITH ITSELF?

Statistics show that 85% of the owners of traumatic weapons in cases of self-defense cannot properly, and most importantly legally competently use this type of weapon and protect themselves. This happens because the owners of “injuries” have practically no culture of dealing with traumatic weapons and the level of legal knowledge often does not allow an adequate assessment of the situation.

Take training with the best of the best!

Fill out an online application or register at the phone number specified in "Contacts".